B. A domesticated animal that is impounded by the Animal Care and Control Authority shall be held a minimum of five business days, unless redeemed earlier, during which time: [Amended 9-15-2015 by Bill No. 2015-18[1]]

C. Any animal impounded under the provisions of this chapter shall become the property of the Animal Care and Control Authority and may be sold, placed or humanely euthanized after the latter of: [Amended 9-15-2015 by Bill No. 2015-18[2]]

E. All impounded animals shall, within 24 hours of impoundment, Monday through Friday, and 48 hours over weekends and holidays, be photographed and displayed on a website readily available for public access. The Internet posting shall remain until the animal is either reclaimed by its owner or is no longer in the possession of the Animal Care and Control Authority. 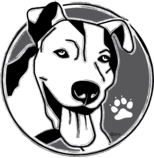